A limited edition of 35 bottles to celebrate the return to the light. The muffled sound of falling snow, the glow of a crackling fire,
the warm embrace of a smile, the scent of a sweet Christmas night. 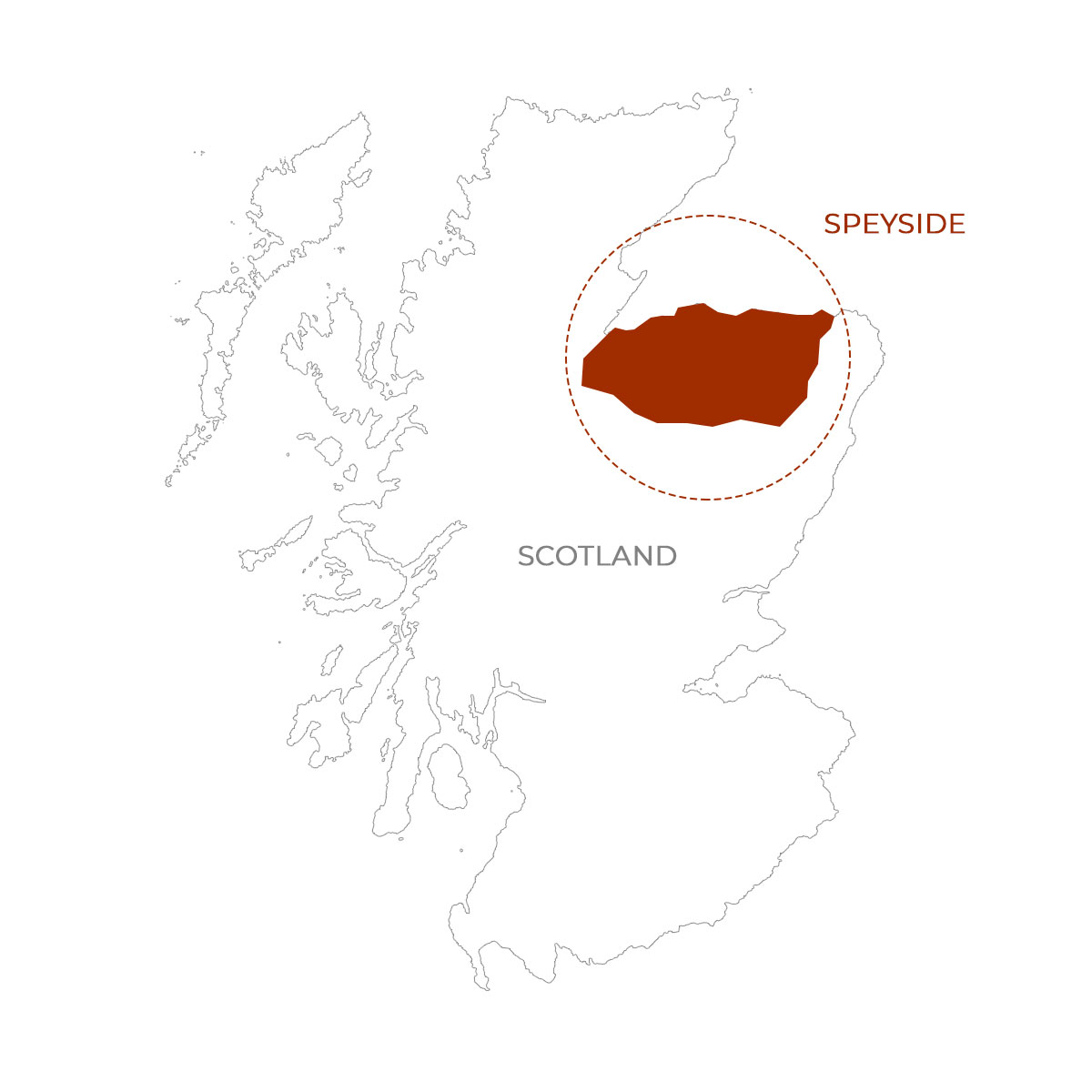 Macallan is one of the most beloved whiskies in the world. Located in Scotland’s Speyside region near the river Spey, the distillery was licenced in 1824 but it’s believed to have operated from the 1700s. The stills are at the core of Macallan’s individuality and whisky character. Macallan’s stills are small, which results in the production of a heavier oily and rich spirit.

In recent years, a greater emphasis has been placed on the single malt expression, and now Macallan’s fine whiskies are one of the most desired expressions by whisky lovers and collectors. In 2018, Macallan opened a new distillery, while the old one has been mothballed. But who knows what the future might bring…

We discovered this whisky like one finds a present under the tree on Christmas morning: quite unexpectedly and yet with much delight.
Such a unique whisky could only be destined for a special limited edition. We like to think that it will be shared among loved ones, just like in the story we told with this bottle, where new friends come together to share a Christmas dram. 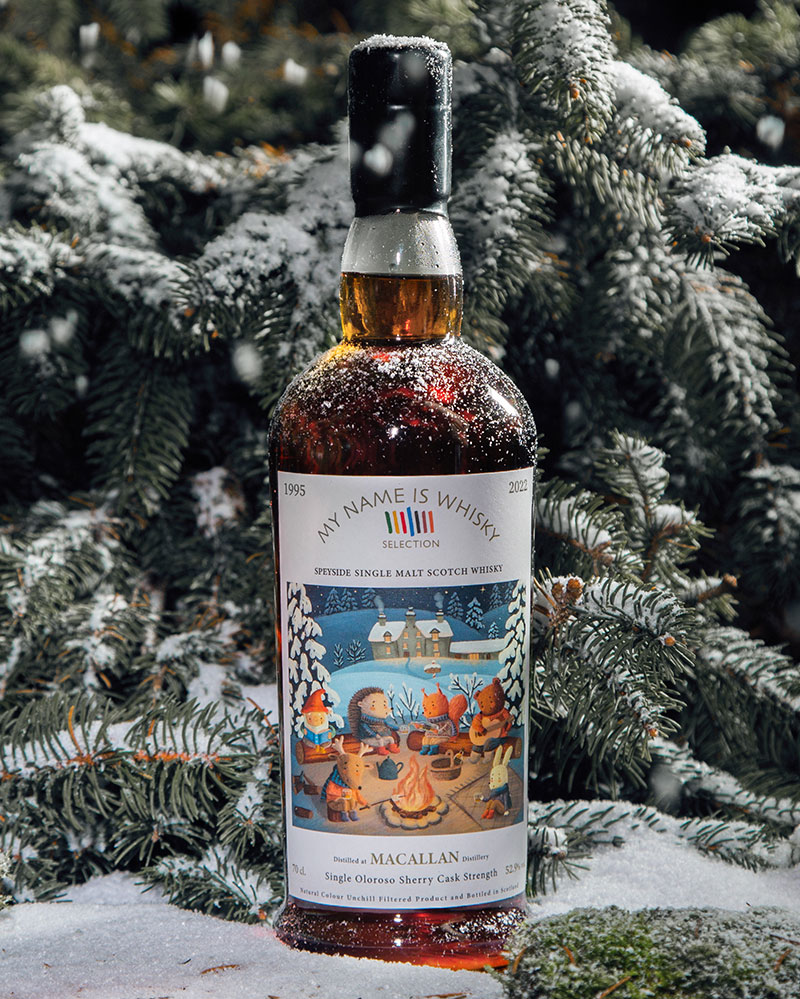 Behind every MNIW bottling, there is extensive study and research. We carefully select the cask from our suppliers only after having personally tasted it, thus we can ensure to bottle only high-quality whisky.

When we smelled the aromas of this particular expression, we immediately thought it was Christmas in a bottle! We fell so much in love with the whisky that we decided to make a special limited edition.

This Macallan is so unique and special that the only way to enhance the experience even more, is to drink it with the people you love, as everything you share becomes even more precious. That is how the scents, aromas and flavours of this whisky became perfect for a Christmas dinner, and – why not! – even for a Christmas fairytale.

Indeed, its aromas took us back to childhood, when everything about Christmas was pure magic, and even fairy tales seemed to be reality. Hence, this expression inspired us to narrate a Christmas fairytale about meeting new friends, making a toast and sharing whisky: the perfect scene of a memorable Christmas evening. You can read “A Christmas Dram” down below, maybe while sipping some delicious dram.

To enhance such a valuable product, we carefully designed every detail of the packaging, to wrap it up like a gift.

The charming artwork that illustrates the story
and the label is by @volha_kaliaha.

The bottle arrives in a mahogany wooden box made in Italy by the artisan il pantografatore. We relied on the inventiveness of this talented woodworker to design the perfect box for this precious bottle. The result is a magnificent work of handmade Italian craftsmanship.

With the bottle also comes a certificate of authenticity attesting to the bottle’s origin and its details.

There are a few other surprises in the box that we hope you’ll enjoy them. But we won’t spoil them here! 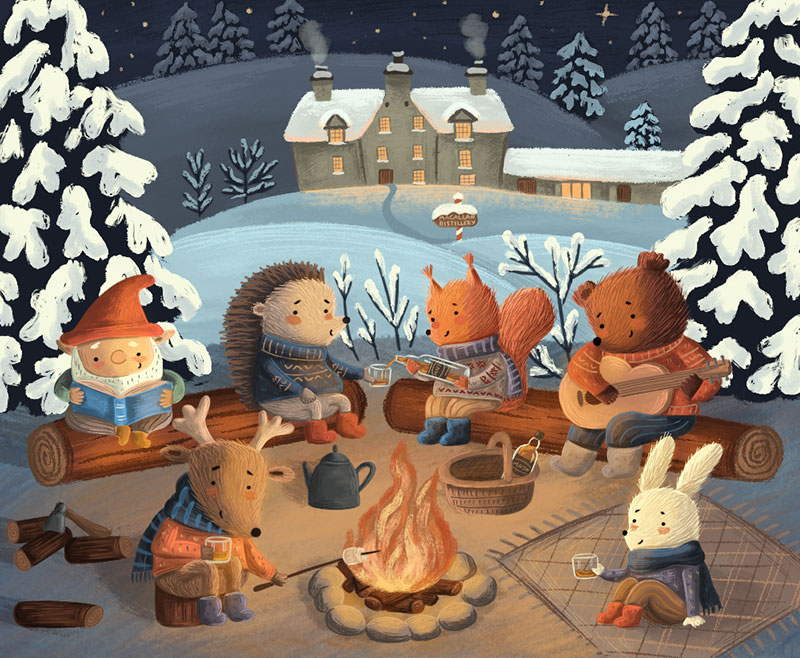 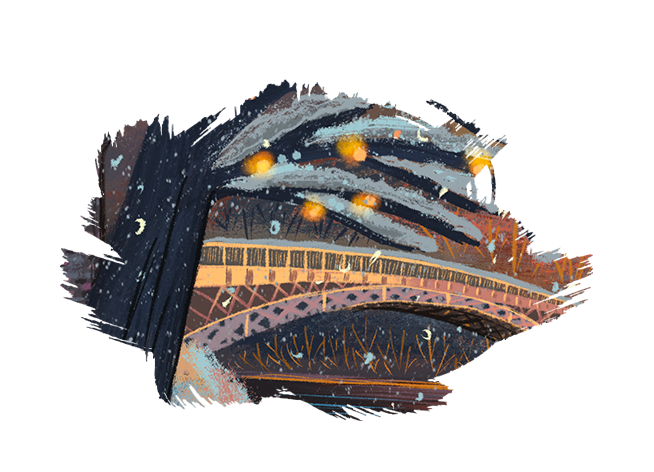 Christmas was only a day away, and all the little animals of Craigellachie on River Spay were busy with the final preparations. Like every year, Grandfather Gnome was organising the Christmas evening party in his big house near the fallen oak. The only rule for attending the party was to bring along some food to share with everyone else.

All the animals were looking forward to the party and continued to run up and down the streets to be ready in time. Everyone was excitedly waiting for Christmas, except Little Brown Bear. He had recently arrived in Craigellachie and did not know anyone at all. The worst thing was that the animals were afraid of him. But Little Brown Bear was a gentlebear, and he would never have dreamed of eating them.

“Perhaps this party will be a good opportunity to become their friend,” thought Little Brown Bear “I don’t know what Christmas is, but it sounds like fun. I should try to go. Everyone is invited! But what should I bring?”

While Little Brown Bear was thinking, an idea came to him. In one of his wanderings in solitude, he had discovered that there was a house near Craigellachie that the humans called a ‘distillery’. Peeking out from behind a window, he had seen people sitting around a table laughing and enjoying themselves as they poured an amber liquid from a bottle into their glasses. And then, since they were all so cheerful, he thought that the drink was well suited to a party. So he decided to go and get a bottle for the party the next evening.

Finally, Christmas Day arrived, and with it, also the party at Grandfather Gnome’s house. All the animals were at the house near the big oak tree and were enjoying themselves when they suddenly heard a knock on the door. Grandfather Gnome immediately opened the door. It was Little Brown Bear!

“Close the door! He will eat us all!” screamed the little animals.
“I won’t eat anyone, I promise!” answered Little Brown Bear hearing the fearful voice “I’m a gentlebear, and I came to attend the party. I also brought whisky with me!”
“What’s a “whisky”?” everyone asked.
“It’s a delicious drink made by humans” quickly responded Grandfather Gnome “It’s also very good. It’s been ages since I drank a sip of it! Where did you find it?”
“In the distillery nearby!” answered Brown Bear.
“Well, since you are too big for my house, let us all go to the distillery and continue our party there!” 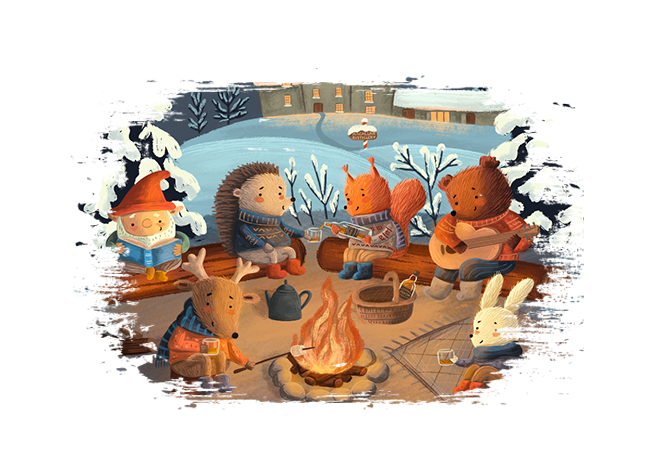 Little Brown Bear gladly showed them where the distillery was. All the animals and Grandfather Gnome followed him across Craigellachie bridge and down the River Spey until they arrive at a large old house that displayed the name ‘Macallan’ on a sign.

“Grandfather Gnome” Little Brown Bear asked “what’s Christmas?”
“My dear friend” he answered “Christmas is about spending time in the company of your loved ones. And there is no better thing than drinking such unique whisky on this festive occasion!”

And that’s how the magic of a bottle of whisky brought new friends together.

Join MNIW on a journey through the whisky’s universe.
Stay up to date on the latest news.

It’s rude to ask,
but are you old enough in your country
for enter this site?